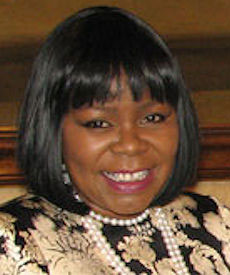 Ms Nomatemba Tambo is the daughter to apartheid struggle hero Oliver Reginald Tambo and heroine Adelaide Tambo who both served as central figures of the African National Congress (ANC). Ms Tambo started her diplomatic career as Consul General in Hong Kong. Prior to being appointed South African Ambassador to Italy and non-residential Ambassador and High Commissioner to Malta, Albania and San Marino as well as Permanent Representative to the Rome-based United Nations Agencies, Ms Tambo acquired a BA Honours combined degree in History and English from Roehampton Institute in London, LLB in Post Graduate Law from the University of the Witwatersrand in Johannesburg and a Diplomatic Training Diploma from the Department of International Relations and Cooperation.

Until recently Ms Tambo served as High Commissioner for the Republic of South Africa in the United Kingdom of Great Britain and Northern Ireland. She was also co-founder and Chair of the South African Women’s Chamber of Commerce and co-founder of “Bachelors’ wife” Events Management and Catering Company, Director/Founding Member of Women in Capital Growth (a Black Empowerment Company), Contributing Editor for Fair Lady Magazine, director for Webnet Solutions, Chief Executive for Evening Star Manufacturing and Director for Resilient Income Property Fund.

Ms Tambo is a Trustee for the Oliver & Adelaide Tambo Foundation. She is Patron of The Dennis Hurley Centre Trust, The Young Film makers Programme. She is a director of Girls on a Mission, a charity that focuses on the youth and the elderly. Ms Tambo serves as an Ambassador of The World Reimagined. Ms Tambo serves on the Advisory Boards of The Nick Maughan Foundation and The Farrant Group.

Archbishop Desmond Tutu has been described by former President Nelson Mandela as “sometimes strident, often tender, never afraid and seldom without humour, Desmond Tutu’s voice will always be the voice of the voiceless.”

Tutu’s opposition to apartheid was vigorous and unequivocal, and he was outspoken both in South Africa and abroad. On 16 October 1984, the then Bishop Tutu was awarded the Nobel Peace Prize. The Nobel Committee cited his “role as a unifying leader figure in the campaign to resolve the problem of apartheid in South Africa.” Since his retirement, Tutu has worked as a global activist on issues pertaining to democracy, freedom and human rights and has been vocal in his condemnation of corruption, the ineffectiveness of the ANC-led government to deal with poverty, and the recent outbreaks of xenophobic violence in some townships in South Africa. Although Tutu is no longer with us his ideals remain. His legacy lives on and will have a lasting impact on the work of our charity.

Since 1989 Jon Snow has been the main presenter of Channel 4 News. He served as ITN’s Washington correspondent (1983-1986) and as diplomatic editor (1986-1989). In 1992 he was the main anchor for ITN’s Election Night programme, broadcast on ITV. At age 18 he was a VSO volunteer teaching in northern Uganda. He has also worked for New Horizon Youth Centre, a day centre for homeless young people in central London, and subsequently became chairman.

Since 2002 Jon has presented Jon Snow Reports on Oneword Radio, a weekly show and podcast. He writes regular articles for the Channel 4 News website, and writes ‘Snowmail’ – a daily email newsletter on the big stories coming up on the evening edition of Channel 4 News.

Lord Paul Boateng is a British Labour Party politician, who was the MP for Brent South from 1987 to 2005, becoming the UK’s first black Cabinet Minister in May 2002, when he was appointed as Chief Secretary to the Treasury.

Following his departure from the House of Commons in 2005, he served as the British High Commissioner to South Africa from March 2005 to May 2009. He is credited with building a close relationship to South Africa’s ANC government, and was introduced as a member of the House of Lords on 1 July 2010. His maiden speech highlighted the needs of poor and disadvantaged children, both in rural and urban areas.

The UK trustee board is made up of:

The South African trustee board is made up of: